Gold House and CAPE (Coalition of Asian Pacifics in Entertainment) debuted the third annual Gold List to guide voters ahead of the awards race by honoring the most outstanding work by Asian filmmakers and talent in the past year, as voted on by the community's top creatives and leaders.

The groundbreaking Everything Everywhere All At Once leads with wins for Best Picture, Original Screenplay, Director (Daniels), Performance in a Leading Role (Michelle Yeoh), and Performance in a Supporting Role (Ke Huy Quan), with several honorable mentions.

In a year where Asian-helmed films continue to reach massive commercial success — from Everything Everywhere All At Once landing as A24's highest-grossing film and Turning Red launching as Disney+'s most-watched film premiere — the Gold List urges recognition by Hollywood's biggest awards gatekeepers.

Academy Award wins for Michelle Yeoh or Ke Huy Quan would make history — no person of East, South or Southeast Asian descent has ever won Best Actress, and the last (and only) actor of Asian descent to win Best Supporting Actor was Haing S. Ngor in 1984.

"Since its inception just two years ago, 15 Gold List honorees have gone on to receive Academy Award wins or nominations," says Jeremy Tran, Executive Director of Gold House. "Chloé Zhao, Youn Yuh-jung, and Riz Ahmed's history-making wins, to name a few, underscore why vehicles like the Gold List that celebrate the most impactful creative achievements from and among the Asian community are essential signals that generate new creative development, production, and distribution opportunities for traditionally unrecognized communities."

"The tides of authentic representation and storytelling are gradually and steadily turning as illustrated by this year's impressive list," said Michelle K. Sugihara, Executive Director of CAPE. "While incredible films and performances led by diverse artists have long existed, they were often overlooked by Hollywood. The Gold List was created to accelerate much-needed change during the awards season by highlighting the year's best Asian-led films across mainstream and grassroots campaigns."

Amplifying Asian talent during the awards race builds upon the cultural consultation, talent fellowships, and #GoldOpen movement from the two organizations — collectively ensuring the authentic portrayal of Asian Pacific stories while propelling them to the top of the box office, including hits like Crazy Rich Asians and Parasite. 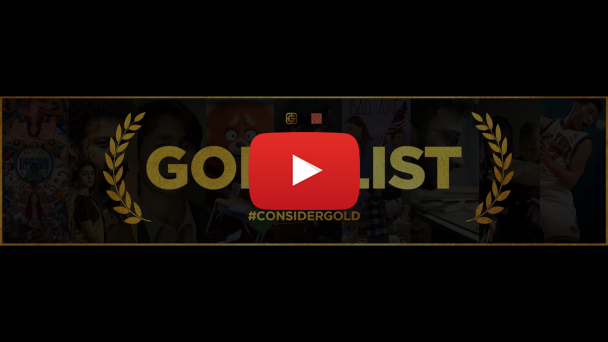