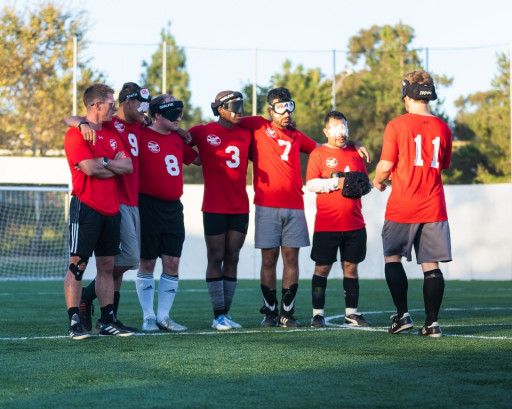 The U.S. Association of Blind Athletes (USABA) today announced the 10 athletes chosen for the first-ever USA Blind Soccer Men's National Team that will begin international competition in 2023, the first step on the journey to competing at the Los Angeles 2028 Paralympic Games. The team was selected after a four-day selection camp held Oct. 27-30 in Chula Vista, Calif. The roster features eight athletes with visual impairments along with two sighted goalkeepers.

"In the next six years, the world's two biggest sporting events will happen on American soil," said USABA CEO Molly Quinn. "In 2026, the FIFA World Cup will be played throughout the U.S. for the first time in three decades. In 2028, the Summer Olympic and Paralympic Games will take place in Los Angeles. It will mark the first time that L.A. has played host to the Paralympic Games."

"We are so excited to name the first ever USA Blind Soccer Men's National Team," said Head Coach Katie Smith. "It was incredible to see the growth of the athletes at this first national selection camp. It is truly incredible being a part of this revolutionary team and to have another Paralympic sport for blind athletes all over the country to aspire toward. I look forward to seeing how this National Team progresses toward our goal of the 2028 Paralympics."

Alternates for the USA Blind Soccer Men's National Team are John Marquez (Fort Worth, Texas) and Charles Catherine (Brooklyn, N.Y.). The team will begin competing in international friendlies in 2023. 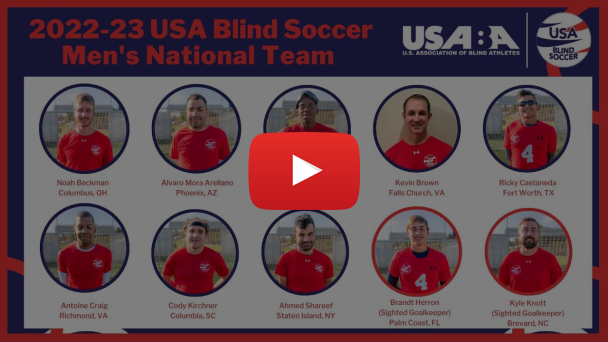