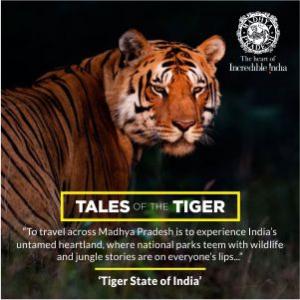 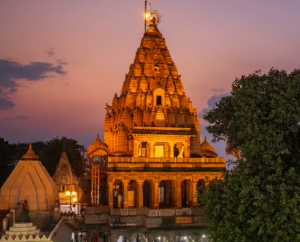 Ujjain – one of India’s most sacred sites 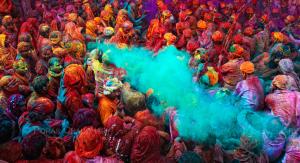 Madhya Pradesh, the heart of Incredible India, will showcase its enchanting diversity of wildlife, spirituality and rich cultural heritage at WTM 2022

BHOPAL, MADHYA PRADESH, INDIA, November 1, 2022 /EINPresswire.com/ — At the heart of India lies a region which will surprise even the most seasoned traveler. Madhya Pradesh is both superlative in its offerings and peculiarly untouched. In the state’s wilderness, peacocks wander wild through thick teak forests and tigers prowl through several of the country’s best wildlife sanctuaries. The state is home to 3 UNESCO World Heritage sites, the highest population of tigers in the sub-continent and abounds in locations of scenic, natural beauty. It is also known for an array of culinary delights that emanate from the kitchens of Bhopal, Gwalior and Indore and a range of art and craft which include the globally renowned handloom fabrics from Chanderi and Maheshwar.

At WTM 2022, Madhya Pradesh will showcase the immense diversity which includes rural and agri tourism projects, apart from wellness and spiritual tourism. The state has embraced Responsible Tourism as a mission with the aim to minimize the negative economic, environmental and social impact of tourism and to provide enjoyable experiences for tourists through increased participation of local people. Rural tourism is one of the key projects under this mission and is being implemented in 100 villages of Madhya Pradesh. This project aims to depict the uniqueness of the six cultural zones of the state.

The highlights of Madhya Pradesh include the temples of Khajuraho which are India’s unique gift to the world, representing, as they do, a paean to life, love, to joy; perfect in execution and sublime in expression. In Bhimbetka, vivid panoramic paintings in over 500 caves depict the life of the prehistoric cave dwellers, making it an archaeological treasure and an invaluable chronicle in the history of man. Sanchi is a major Buddhist pilgrimage site. Sanchi consists of an ensemble of stupas, holy shrines, and monasteries, considered to be one of the oldest stone structures in India. The Great Stupa is a monument constructed to portray the life and journey of Buddha.

India, the fabled land of seers, sages, spiritual leaders and healers has been a beacon of light for seekers from across the globe for centuries. The richness of India’s culture is manifest in a myriad traditions, languages, faiths and rituals that lend it both gravitas and depth. Madhya Pradesh has long been revered for the wealth of its spiritual heritage has something to offer to every spiritual seeker. The various ancient and modern spiritual sites of Madhya Pradesh such as Ujjain, Amarkantak, Orchha, Sanchi, to name just a few, come with the promise of a gift of time spent in self-reflection and an occasion to connect with our soul. The state has been a cradle to various religions including Hinduism, Buddhism and Jainism while also witnessing a harmonious confluence of different faiths and practices.

The state is home to 526 tigers and a spectacular range of animals and birds across its 25 national parks. Seven decades after its extinction, the Cheetah was reintroduced in the country under the programme ‘Project Cheetah’. Eight African cheetahs— 5 females and 3 males— were released into the wilds of Kuno National Park recently.

The state will play host to the upcoming Pravasi Bharatiya Diwas which will be held in the city of Indore from 8th to 10th January 2023. This convention will be followed by a Global Investors Meet on 12th January 2023. The UK has a large population of Indian origin people and WTM will be used as a platform to reach out to the Indian diaspora as well as to all tourists interested in exploring the rich culture and heritage of central India.

There are currently more than 25 flights from UK to India every day, from a variety of airlines including British Airways, KLM, Air France, Emirates, Singapore Airlines, Malaysian Airlines, Vistara, Air India, Qatar Airways and Thai Airways. Direct flights from London to Delhi take about 7 hours and Madhya Pradesh can be reached by connecting flights which are between 60-75 minutes duration.

Find all that the heart desires in Madhya Pradesh