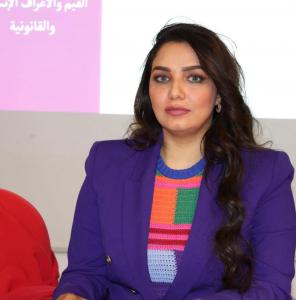 The exhibition’s coordinator, Dr.Wesam BA Sondowah, head of the Coalition of Independent Women

“The exhibition aims to expose the Houthi militia’s crimes ,violations against innocent civilians, and the destruction that Yemen has been subjected”.”

GENEVA, SWITZERLAND, March 8, 2022 /EINPresswire.com/ — Yemeni and international human rights organizations, are launching photo exhibition to introduce the crimes ,and violations committed by the terrorist Houthi militia against civilians in Yemen, violence against women, and extrajudicial executions.

The exhibition, which was inaugurated at the United Nations Square near the broken chair in Geneva, includes more than a hundred pictures, explaining some forms of the Houthi terrorist militia’s crimes and violations against civilians in Yemen.

The exhibition’s coordinator, Dr.Wesam BA Sondowah, head of the Coalition of Independent Women, said: “The exhibition aims to expose the Houthi militia’s crimes ,violations against innocent civilians, and the destruction that Yemen has been subjected. As a result of the horrific crimes of the Houthi terrorist militia, since its coup against the legitimate government in September 2014”.

She added: “the aim of the exhibition is to remind the public opinion of the ugly face of the Houthi militia, as the exhibition is a summary of the crimes committed by the Houthi group against civilians in Yemen. And it comes only a few days after the Security Council adopted Resolution No. 2624, which classified Al Houthi as a terrorist militia.”

Dr.BA Sondowah revealed that, the exhibition, which is accompanied by an electronic photo exhibition, aims to document, and archive the Houthi terrorist militia’s violations against civilians, expose its criminal behaviour, give a clear idea about the suffering of Yemeni, demand the community to prosecute the leaders of the terrorist Houthi militia and add them to the lists of global terrorism. The exhibition, which will last for three days, on the sidelines of the 49th session of the Human Rights Council in Geneva.

The exhibition’s coordinator, Dr.Wesam BA Sondowah talks about the violations targeting civilians by the Houthi militia