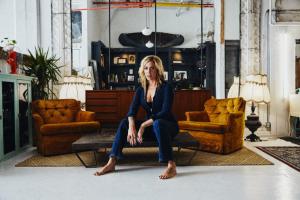 Amanda Rheaume A Citizen of the Métis Nation, and an active and proud member of the 2SLGBTQ+ community, Rheaume’s music is indeed from the heart, and the land 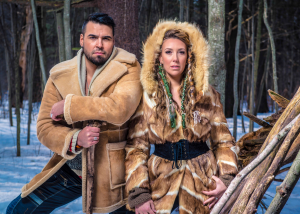 “To say that we are excited to be a part of the revitalization of the Rainbow and part of the ongoing history of music in its legendary halls is an understatement.” says Antony Cooper, the festival’s Artistic Director. “The last two years were difficult for the artistic community. There were limited live performances, virtual shows and many shows just outright cancelled. We felt it was important to reschedule as many of those as possible and continue to support the local artistic community, musicians, production personnel and venues. Adding “Live @ The Rainbow” free indoor concert series will see at least 25 shows, further adding to the legacy of the festival, the iconic Rainbow and offering visitors to the Nation’s Capital and Byward Market even more reasons to attend Ottawa’s Winterlude celebration.”

“We are thrilled to partner with the BeaverTails Ottawa Ice Dragon Boat Festival, who have a long history of supporting and strengthening our community, and to be hosting the free indoor concert series “Live @ The Rainbow.” say Danny and Stacie Sivyer, owners of the Rainbow. “The Rainbow has been a big supporter of the Ottawa music community for over 37 years so it is a pleasure for us to host the Festival’s world class programming.”

In addition to free concerts, there will be action on the ice for those who want to feel a chill from that winter-air on February 3-4 on the Rideau Canal Skateway at Dow’s Lake.

The sold out races feature 100 teams travelling from across Canada and around the globe to brave the cold at this truly unique event. Boats are adorned with dragon heads and tails and are equipped with skate-like blades that glide along the frozen 100-metre race course as competitors use spiked ice-picks in pursuit of championship gold!

The BeaverTails Ottawa Ice Dragon Boat Festival will take place on unceded territory of the Algonquin Anishinaabe Nation and will honour this with a special presentation by Indigenous Experiences at HMCS Carleton.

Also at HMCS Carleton the festival honours the cultural traditions and rituals of dragon boat racing with a performance by the Success Dragon Lion Dance, followed by the centuries old tradition of the mythological eye-dotting ritual which breathes fire into the ice dragon boat festival, to awaken the spirit of the dragon. Performing the National Anthem will be C5: The Chinese Canadian Children’s Choir of Canada.

The 7th annual ODBF Shiver ‘N Giver fundraising races will be held on February 3rd under the night sky on an LED lit race course. Races will be held for the top fundraising teams in the Mixed and Women’s Divisions. Our partners over at ODBF.CA invite supporters to warm their hearts this winter and raise funds through the ODBF Shiver ’N Giver Fundraising Drive to raise money for local charities.

Competition heats up following the first ceremonial musket shot being fired by members of the 100th Regiment of Foot prior to the start of races on Saturday, February 4th. After a full day of races the Champions will be crowned in a closing awards ceremony at HMCS Carleton.

The BeaverTails Ottawa Ice Dragon Boat Festival invites everyone to come to the Nation’s Capital to enjoy all the activities and concerts throughout the festival. To view the full festival schedule visit icedragbonboat.ca