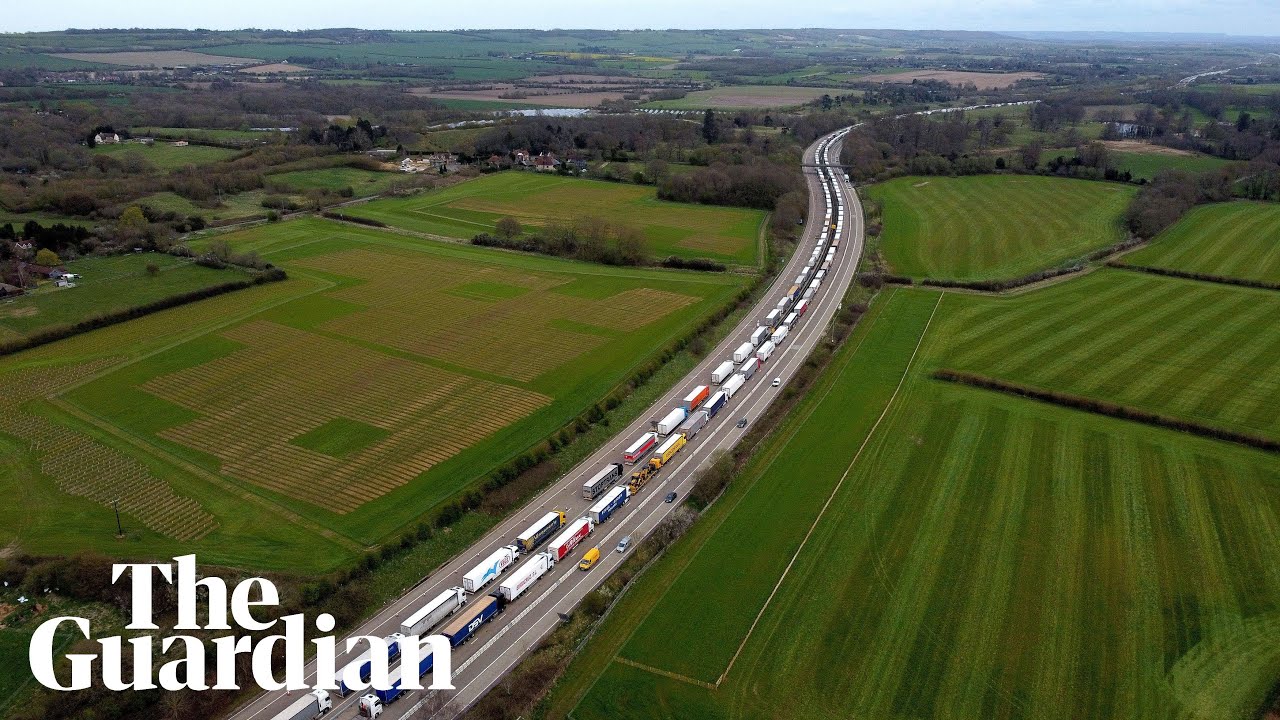 People travelling to France via the Channel tunnel faced delays as lorries were made to queue on the M20 motorway to avoid congestion at the British port.
Subscribe to Guardian News on YouTube ►

Authorities have blamed the situation on the disruption following the suspension of P&O Ferries services. The ferry company DFDS reported delays of two hours on its service from Dover to Calais on Friday, with similar delays expected throughout the weekend.

The Guardian publishes independent journalism, made possible by supporters. Contribute to The Guardian today ►